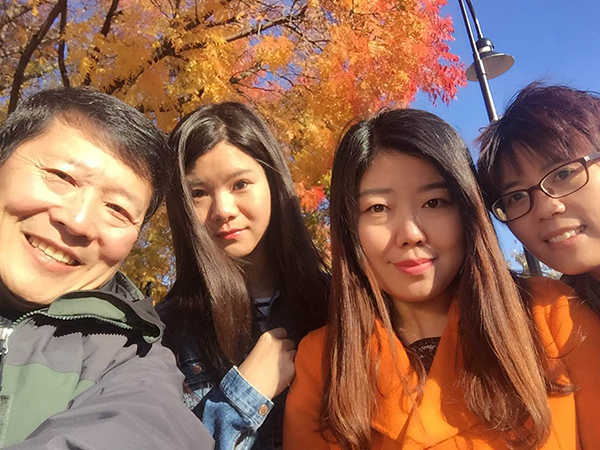 A fun selfie from our sales team for China.

The World Health Organisation (WHO) and the Centre for Disease Control & Prevention (CDC) are working together to better understand the threats posed by two novel RNA viruses causing human infections and deaths. In Saudi Arabia, 30 confirmed cases of the novel coronavirus (nCoV) have been reported to date, including at the time of writing fifteen deaths. This coronavirus is different from any other coronaviruses that have previously been found in people.  It is related to the coronavirus responsible for causing Severe Acute Respiratory Syndrome (SARS), which claimed the lives of 648 people over a decade ago in China and Hong Kong.

From SARS to H7N9

The shadow of SARS still hovers over the region since the emergence of the novel avian influenza A H7N9 virus. The WHO has called the H7N9 strain "one of the most lethal" flu viruses ever seen.  To date, 31 people have died and 130 people have been diagnosed with H7N9. Many of the people infected with H7N9 are reported to have had contact with poultry. However some cases reportedly have not had contact with poultry. Sustained human-to-human transmission has, fortunately, not yet been observed.  However, if the virus were to adapt and spread readily between people, it will pose a much greater threat and scientists have already warned that the virus is mutating rapidly.

The nCoV and H7N9 viruses share some similarities in that neither have been diagnosed in humans before. People of all ages have little protective immunity and a global pandemic could be a possibility. Both viruses can lead to severe disease, characterised by high fever, severe respiratory illness and, potentially, death.

Furthermore, the origins of both viruses have yet to be firmly established. A new study in the Lancet suggests H7N9 originated from chicken and duck influenza viruses.

"The novel avian influenza A H7N9 virus might have evolved from at least four origins," Professor Gao from the Chinese Center for Disease Control and Prevention in Beijing and his co-authors concluded. "Unknown intermediate hosts involved might be implicated, extensive global surveillance is needed, and domestic-poultry-to-person transmission should be closely watched in the future."

China has been working on developing vaccines and other treatments for H7N9 and has slaughtered thousands of birds and closed many poultry markets in the hope of slowing the outbreak. On Monday, the CDC sought to assure the public of H7N9's relative limitations, saying the current strain is not capable of delivering a global pandemic.

"This particular virus is not going to cause a pandemic because it doesn't spread person-to-person," Dr. Thomas Frieden, director of the CDC, told Reuters. "But all it takes is a bit of mutation for it to be able to go person-to-person. I cannot say with certainty whether that will happen tomorrow, within 10 years or never."

A controversial new Science paper showing genetic re-assortment experiments with the avian H5N1 influenza A virus has also hit the headlines. Researchers from the Harbin Veterinary Research Institute led by Prof. Chen, director of China's National Avian Influenza Reference Laboratory mixed the H5N1 avian-flu virus, which is highly lethal but not easily spread between people, with a 2009 strain of H1N1 flu virus, which is very infectious to humans. The experiments resulted in 127 different viral hybrids between H5N1 and H1N1. Five H5N1-H1N1 hybrids ‘gained' the ability to infect guinea pigs, via airborne transmission.

Professor Chen commented that “The studies demonstrated that H5N1 viruses have the potential to acquire mammalian transmissibility by re-assortment with the human influenza viruses. This tells us that high attention should be paid to monitor the emergence of such mammalian-transmissible virus in nature to prevent a possible pandemic caused by H5N1 virus,” she said. It is difficult to say how easy this will happen, but since the H5N1 and 2009/H1N1 viruses are widely existing in nature, they may have a chance to re-assort,” she added.

In January, a global moratorium on certain controversial experiments involving H5N1 was lifted. This was sparked by papers in 2011 by two research groups from Japan and Holland who demonstrated how the virus, which normally infects birds, could gain the ability to move between mammals via mutations in a single gene – hemagluttinin, a viral surface protein. The debate over whether the results should have been published has been extremely heated. Critics have raised concerns that the data could be used by terrorists, should they happen to acquire the technology, to unleash a pandemic and have also attacked the decision to lift the moratorium.

Bioline offers SensiFAST™, a range of rapid and highly sensitive real-time PCR kits for the detection and study of viruses in relation to public health. For RNA viruses such as Influenza and Coronavirus, Bioline offers the new generation of advanced formulation SensiFAST™ One-Step Probe Kits. The 2x mastermix offers superior reproducibility and sensitivity for quantification of viral RNA genetic sequences in a convenient and easy-to-use format.